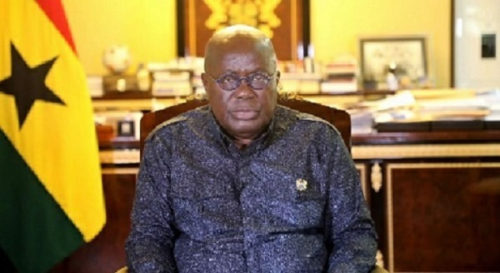 The secretary for the opposition National Democratic Congress (NDC) in the Madina Constituency, Abdul Razak Husseini has chastised the Akufo-Addo government for spending a huge amount of money on foreign travel last month.

Speaking on Dwaboase on Power FM, the NDC communicator suggested that the handlers of President Akufo-Addo lacked emotional intelligence hence flying in an expensive aircraft to France at the expense of the suffering taxpayers.

The cost of President Akufo-Addo’s recent trips has come under severe scrutiny, following the revelation by North Tongu MP, Samuel Okudzeto Ablakwa, that a whopping GHS 2.8 million was spent on the trip.

The matter has been justified by Defense Minister, Dominic Nitiwul, who told Parliament Wednesday that the government’s decision to charter a private jet which Ablakwa alleged costs £15, 000 per hour was necessary.

The MP for Bimbila who was answering an urgent question on the floor of Parliament filed by Samuel Okudzeto Ablakwa on why the president had to spent so much on his trips, said the jet bought by the Ghanaian taxes is not fit for purpose.

“In fact, the president would also have to go a day ahead because no president can shower in this aircraft. He cannot move from this aircraft straight into a meeting,” Nitiwul disclosed and indicated the president’s safety accounted for the decision.

But reacting to the issue that has got most Ghanaians criticising the government, Husseini jabbed Nitiwul, saying “All over the world, there are places airlines can stop to do the refueling so if the Minister said refueling was a challenge then it does not add up.”

Recounting how president Akufo-Addo begged for debt forgiveness in France after flying in the luxurious airplane, the NDC man did not understand why the government took such a “shameful” decision.

“It didn’t make sense for the president to charter an expensive aircraft to go beg for debt forgiveness. It doesn’t add up,” Hussein noted.
Source : Ghanaweb