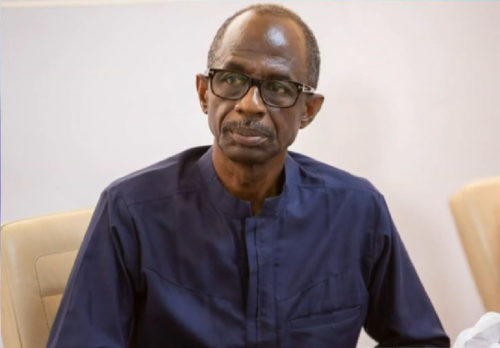 • Asiedu Nketia is unhappy with the decision by the Chief Justice to haul Dr. Dominic Ayine before the GLC

Johnson Asiedu Nketia, the General Secretary of the National Democratic Congress has issued yet another caution to Chief Justice Kwasi Anin Yeboah over his petition to the General Legal Council over some comments made by a former Deputy Attorney-General, Dr Dominic Ayine.

Asiedu Nketia in an interview with Adom TV reminded the Chief Justice that the respect and confidence of legal practitioners must be earned and not forced.

He maintained that the NDC will resist any attempt by the Chief Justice to gag them or frustrate its members.

“You earn the faith and belief of the people; you do not force it. What is Dr Ayine going to explain and to whom because I don’t even know who is the chairman of the council,” he said.

“We have realized the Chief Justice is trying to intimidate Dr Ayine but we also want to tell him that you may want to scare a Zongo boy but not with a long beard,” he said.

Dr Dominic Ayine has been dragged to the GLC by the Chief Justice after making some statements which he considers to be an attack on the Supreme Court.

The Chief Justice said that Dominic Ayine’s comments in which he accused the Supreme Court of bias were unbefitting of a lawyer.

“These comments are made against the backdrop of the Supreme Court discharging Dr. Ayine on a charge of contempt for similar comments made against members of the Supreme Court during the Election Petition hearing. Dr. Ayine apologized profusely when he appeared before the Court on the contempt charge and admitted to having made comments which were unbecoming of a Lawyer of his standing and a former Deputy Attorney-General.

“His Lordship the Chief Justice, therefore, finds his alleged disparaging comments totally unacceptable and would like you to investigate this matter further,” the petition averred.