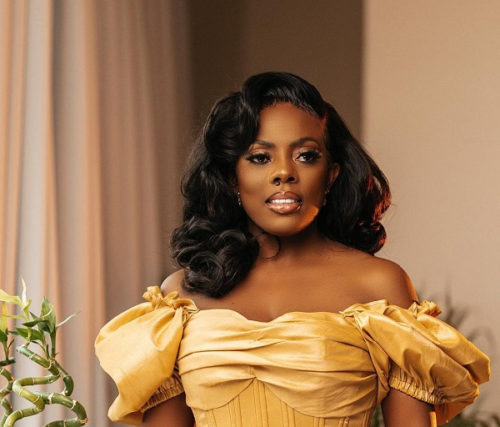 Some individuals who were not invited to Nana Aba Anamoah’s birthday party made away with some scented candles during the ceremony, the broadcaster has said.

In a tweet after the event, Nana Aba Anamoah expressed utmost shock at the development.

“Ei. You can turn up at someone’s party uninvited and steal their scented candles? Wow. What a thief,” the tweet read.

In another post, Nana Aba Anamoah announced that the act was captured on camera and sought the views of her followers on whether she should make the video clip public or not.

She shared: “Ahaaaaa! The uninvited guests who stole my scented candles at the party were captured on camera. Should I post it?”

It is unknown whether her post is a joke or the incident indeed happened.

Nana Aba Anamoah celebrated her birthday over the weekend. The “champagne breakfast, afternoon jam & dinner” was held at her residence and saw a number of showbiz personalities, colleagues in the media and other figures in attendance.

Last year, she broke the internet with a black Range Rover gift she received as a birthday present.

africannewsgh.com delivers great news and entertainment globally. Contact Africannewsgh.com for your advertisement on +233544000083
Previous You may want to scare a Zongo boy but not with long beard – Asiedu Nketia ‘cautions’ Chief Justice
Next 5 plants you probably didn’t know cleans the vagina and boosts libido in women