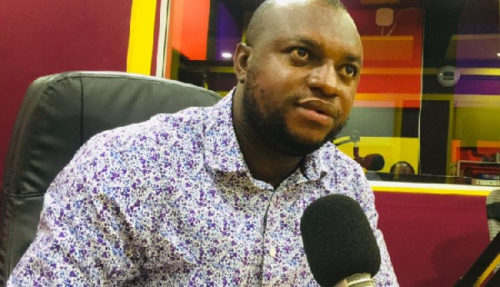 He indicates that he is only good at triumphing over others on the local scene but losing miserably internationally when put to task.

Commenting on the $170m judgement debt saga, he disclosed that the International justice system knows not the lawyer who knows The Judge. It is simply about the law.

He wrote on his Facebook page “Godfred Dame is like a local football champion that wins every match at home without conceding a single goal, owing to relationship with referees. When they are thrashed in an international competition played away from home, they blame rivals back home.

“If anybody must be held responsible for this needless judgement debt, it must be the irresponsible officers who cancelled the contract for political expediency and yet failed to defend their action in court. International justice system knows not the lawyer who knows The Judge. It is simply about the law!”

The Commercial Court in London has rejected a late appeal from Ghana against a judgement debt award of US$134 million in favour of power contractor, The Ghana Power Generation Company (GCGP).

According to the London Court, the government of Ghana failed to apply and set aside the January 26, 2021 decision of the London-based United Nations Commission on International Trade Law (UNCITRAL) Tribunal.

Justice Butcher, in a ruling on Wednesday, June 8, refused to grant the government of Ghana an extension to apply to set aside the award – adding that the state’s grounds for challenging it were “intrinsically weak”. 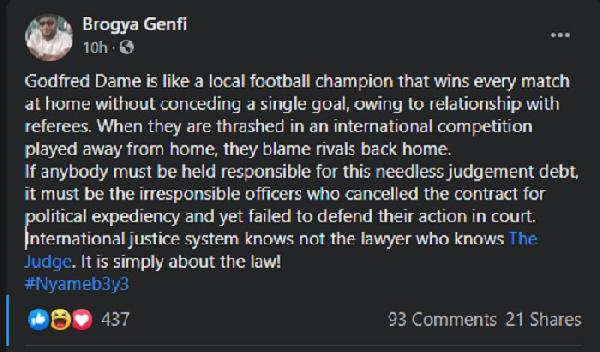 africannewsgh.com delivers great news and entertainment globally. Contact Africannewsgh.com for your advertisement on +233544000083
Previous Why did it have to take Kennedy Agyapong to do house cleaning for us? – Agyinasare to Pastors
Next ‘Your lawyers can fight, don’t they have their own senses’? – Baako blasts NDC