A Bawumia, NAPO ticket will shake Ghana in 2024 – Lecturer 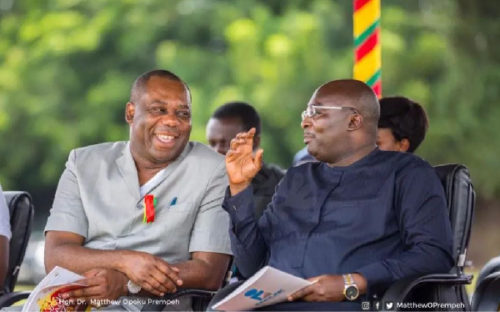 Ishaq Kyei-Brobbey, a lecturer at the Kumasi Technical University (KTU) is of the view that Vice President Dr Mahamudu Bawumia and current Energy Minister Dr. Matthew Opoku Prempeh will make a solid ticket for the New Patriotic Party (NPP) in 2024.

Speaking on a local radio station in Kumasi monitored by MyNewsGh.com, he catalogued the successes chalked by the two in their political journey and observed that they stand tall and will be a major stumbling block for the opposition National Democratic Congress (NDC) winning 2024 polls.

Commenting on a recent picture od at a funeral in Kumasi, he said “It looks like a 2024 ticket for the NPP. It would have been nice for the politics in Ghana”.

“Dr Mahamudu Bawumia when you go to the Northern Region and you go to places like Mion and Karaga from 1992 we started practising democracy, the NPP has never won those seats but we won it in 2020. The eighteen constituencies in the Northern region has nine NPP Parliamentarians and the NDC also has nine. For now, we are breaking their dominance in the North.

When you go to North East Region, there are six constituencies but we have taken four of them and NDC has two; some things which have never happened in our history. Even in John Dramani Mahama’s backyard in the Savannah region, NPP has three out of the seven constituencies. It should be on record that their regional capital of Damango is for the NPP. When all these are added together, the NPP has beaten the NDC by one in the old Northern region ” he revealed indicating that it is a result of the Bawumia factor.

He warned the NPP against making a grievous ticket since it sends shivers down the spines of the NDC adding that Dr. Mahamudu Bawumia is the major headache in the camp of his political opponents. 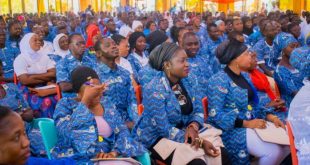